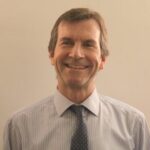 Interview with Spanish lawyer Alvaro Saumell from Barcelona about international law and globalisation.

Spain is known for its red wine, bullfights, dancing, and good vibes. However, Spain has more to offer among a rich cultural life, Spain is a country of tradition and history, willing to look into the future. Spain is area wise the second largest country in the EU. Spain is also the third most often visited country in the world with the Canarian Islands being one of the main places to visit. Making Spains international touristic sector one of the strongest sectors of their economy and the second strongest in the world. The Spanish economy is the fourth largest in the EU and the fourteenth in the world. Spain has been struggling with high unemployment rates, especially with a youth unemployment rate of 35% in 2018.

ABOWI interviews Alvaro Saumell, a Spanish lawyer about his experiences in the Spanish and international legal world. Saumell is one of the founders, a member of the Executive Committee of the European Law Firm and its former President. Also, he is a member of the Barcelona Bar Association.

ABOWI is an interview project brought to life by a German law student during the covid lockdown in 2020. Interviewing 197 lawyers from 197 countries. I wanted to widen my horizon about the international legal world and learn from lawyers about their practical work due to the quite theoretical studies of law.

Josefine Antonia Schulte: Please introduce yourself briefly in terms of name, age, origin, and how long you have been practising law?

Josefine Antonia Schulte: What made you decide to become a lawyer in the first place, or does your home country possibly have something to do with it?

Alvaro Saumell: My home country did not have anything to do with becoming a lawyer.

My childhood education was more focused on the path of letters than science. When my time to go to the university arrived, around 16 years old, the main options were either Philosophy or Law, so I chose Law. I finished the Law Degree in 1977, and after a period at the army compulsory service, I joined the Barcelona Lawyers Bar in 1978. At that time, it was possible to start as a full lawyer from the first day, without a compulsory practice period.

Josefine Antonia Schulte: What is your focus in law?

Alvaro Saumell: I focus on international private law, which is understood as relationships among individuals and small and medium European companies.

Josefine Antonia Schulte: What is the social recognition of a legal career? (e.g. in Germany, social recognition is quite high, especially for people who have no points of contact with lawyers. There is certainly a stereotype of the superior and rich lawyer).

Alvaro Saumell: The legal career in Spain has always been recognized as serious and professional. Some of the lawyers are seen as richer and superior and maybe this creates a stereotype, but most are normal people who are appreciated as developers of a necessary service.

Josefine Antonia Schulte: What challenges do you face every day as a lawyer?

Alvaro Saumell: The first and main challenge is to manage with all that must be done within the time we have, trying to avoid that the professional life cannibalizes the private life.

Josefine Antonia Schulte: You are a local lawyer, but at the same time you live in a globalized world, but how is the cooperation with lawyers and clients outside the country?

Alvaro Saumell: I started being a member of the AIJA and attending international conventions, and in 1990 I was one of the founders of the European Law Firm; from that time, I have had fruitful and comprehensive cooperation with colleagues of all around Europe; we have followed the rule of the minimum common denominator, taking advantage of what we have in common more than pointing out differences.

Josefine Antonia Schulte: How internationally well positioned are the lawyers in your country in terms of language?

Alvaro Saumell: Spain has a low-profile foreign language education, and the same happens with lawyers, although fortunately, it goes slowly improving

Josefine Antonia Schulte: In your experience, how high is the demand for international cases and clients?

Alvaro Saumell: There is a quite substantial number of international cases. Interesting to point out that the digital tools allow many lawyers to deal from their home country with many cases that are taking place in other countries.

Josefine Antonia Schulte: What type of legal advice is in high demand from your international clients?

Josefine Antonia Schulte: How do you see the global market in the future, in Germany, you have to specialise in a certain area of law at some point in your studies, do you think it makes sense to specialize in international law?

Alvaro Saumell: International law for me is not a specialization but a way of thinking. Things are quite the same everywhere, and at the same time are completely different. With International law you don’t have to make a big effort to acquire a lot of knowledge but to be able to understand different people, cultures, and ways of thinking, being able to put yourself in the other’s shoes. Soft skills are very important.

Josefine Antonia Schulte: Our last question is about a certain law that everyone on the Internet is asking whether it exists and, if so, what does it actually mean? Is it legal to eat or drink while driving? And what about compliance with this extraordinary law?

Alvaro Saumell: When thinking about international law, I only can think of common sense, and basic common sense is the same everywhere. Anything you can do while driving that puts yourself or others at risk is forbidden everywhere, so many internet general questions are so silly that you can’t give a serious answer.

I thank my interview partner Alvaro Saumell for taking his precious time to answer my questions. His view about international law is very invaluable and to look at the legislation of countries and their application considering the cultures and trying to understand the mind work of a person by changing your perspective. Saumell was the first lawyer that advised on soft skills. Maybe it is supposed to be self-explanatory to possess soft skills, but I believe they are oftentimes simply forgotten due to everyday stress but are probably one of the keys to success, especially as a lawyer.

About ABOWI:
Across Borders With Information – ABOWI, an interview series by Josefine Schulte law student from Berlin in Germany. Questions and Answers: A journey around the world revealing differences and prejudices. What moves the lawyers of this earth, Josefine Schulte asks herself from Azerbaijan to Cyprus.